Why you should visit Fez? 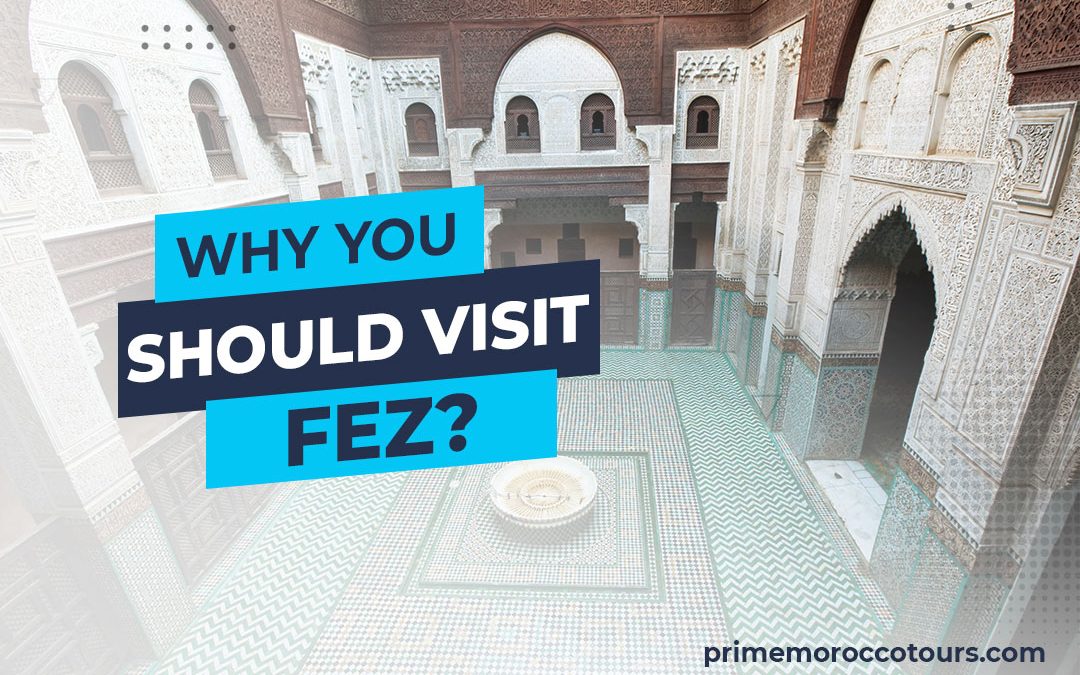 The main reasons why should you visit Fez

Fez is, without no doubt, one of the richest cities, historically, in the entire world. This could solely be attributed to the fact that Fez hosted the first roots of academia; yes, Fez is the home of the oldest university in history.

Aside from that, the city has many other tourist attractions that captivate the visitors; the main one being the old Medina, which is the medieval city that was built during the 8th century.

The weather in Fez, the geography of the place plus all the cultural richness have all contributed to making this city one of the best places to visit as a tourist.

In “Prime Morocco Tours” we are aware of how much Fez means to the world, that’s why most of the tours that we offer include Fez one way or another. We know that people can’t just leave Morocco without exploring this magnificent city. Visiting Morocco is incomplete without the visit Fez.

More information about Fez can be found in the paragraphs below.

Tours and trips that starts from fes to the desert and other several cities.

Know The history of Fez throughout visit Fez

Fez was first established by the Idrissid dynasty, by the Sultan Idriss, who is allegedly the descendant of the Prophet Mohammed; the city was the capital during the 7th century.

Many of the families that were exiled away from Andalusia settled down in Fez during the 9th century. These people brought with them many of the unique cultural aspects that Fez is famous for, namely the music and the way they dress. During this period the University of Al Quarawiyin was built by Fatima al Fihria. Therefore, we can say that the world of academia owes its foundation to this amazing lady.

After that, Fez was seized from the Idrissid dynasty, by the Caliphate of Cordoba and Fatimid Caliphate.

The city was renewed from almost being ruined during the era of the Almoravids reign. Although the capital was shifted to Marrakech, Fez remained an important city of Knowledge and a significant trade centre.

The city was renewed during the 10th century, which is the period when Almohad Caliphate ruled; they built the wall that you can still see surrounding Fez Elbali (old). In this period of Fez was enlarged to become one of the biggest cities in the world.

The Golden Age of Fez happened when the Merinids regained the capital title to Fez.

The Jewish quarter, which is called Fez el Jedid was built during the 13th century; it’s one of the main tourist attractions in Fez.

The modern Fez was built by the French, during colonization; it’s called la Nouvelle Ville; there you can see the European influence playing a huge role in shaping the identity of modern Fez.

Visit Fez and other Moroccan tourism cities with us (check here)

The Geography and climate of Fez

Fez is located near the Atlas Mountains, however, not close enough, which makes the climate of Fez less cold than the region near the city. The summers tend to be hot in Fez. The weather in Fez is generally ideal for people who love to be exposed to the sun.

The culture of Fez, Visit Fez

Fez, just like the entirety of Morocco has a diverse culture. Wandering through alleys and streets of Fez is like travelling from one culture to another. However, the most recurring motifs are the Arab-Islamic and Berber. The architecture, the traditions, the clothes, the music and the cuisine are heavily influenced by Andalusia. The Golden Age of Islam played a huge role in shaping Fez to as it is known for; a capital of knowledge and wisdom. 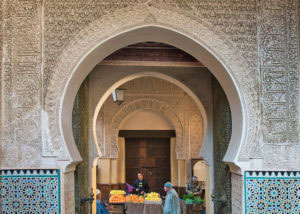 The Medina of Fez

Visit Fez and discover the oldest Medina in Morocco! As we already have mentioned, it was built during the 7th century, from that time onward the history has embedded its traces in the city. Visiting the Medina is a must-do, especially, if you’re a history nerd.

The Medina is like a labyrinth; getting lost in the alleys is a very fun activity, especially when you’re competing with your friends; who has the best memory?

The traditional Riads are among the best places that you can visit in Fez; these Riads have a unique architecture, in which a fountain courtyard is the centre of the building and all the other rooms face it inwards. The design of the Riads from outside always seems to fool people into believing that it’s an insignificant building. 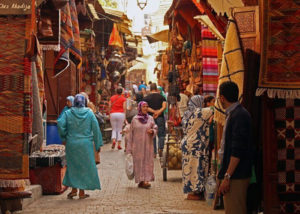 Things to do when you visit Fez

There are a lot of things to do in Fez; this city is truly one of the richest places in Africa. Aside from the fact that the city can be toured and explored from within, there are also many excursions and tours that “Prime Morocco Tours” offers, which visit the exciting stops near Fez.

A guided tour in the Medina

Touring the Medina plus the Mellah (Jewish Quarter) is without a doubt a must-do activity. Exploring the area is a rich historical, cultural and also shopping experience; Wandering through the Souks and buying souvenirs from the Medina of Fez is a reoccurring activity among the tourists; the bazaars and gift shops are all over the narrow alleys of Fez.

La Ville Nouvelle is the Modern Fez, which is heavily influenced by the French style, which is something that has been left after the period of colonization.

There many interesting spots near Fez that you can visit in a day trip, such as the ones we organize in “Prime Morocco tours”.

Most notability: Volubilis and Meknes. The first is an ancient Roman city, which is situated near Moulay Driss (another historical site). The second is an imperial city that is similar to Fez, but not quite that much; the city has some wonderful, grand-scale historical sights.

From fez, you can also visit the cedar forests near Ifrane and Azerou; there you can enjoy a picnic with the monkeys who live in the mountains.

Some other day trips from Fez visit Chefchaouen: the Blue City. This city is heavily influenced by Spain. 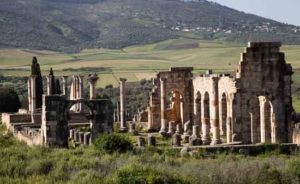 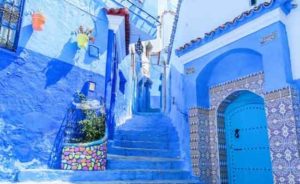 You can go on multiple day tours from Fez to Merzouga Desert; it’s something that the tourists seem to enjoy a lot. These tours can be customized to include as many places as you want; Merzouga Desert seems to be one of the most captivating places that everyone wants to visit. There in the desert, you’ll get the chance to do camel trekking, spend a night in a desert camp, and eat traditional Beber food and so on. You can also go from there and visit Ourzazate and Ait ben Haddo to explore the spots where Game of Throne and movies like Gladiator filmed their scenes. 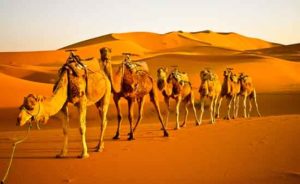 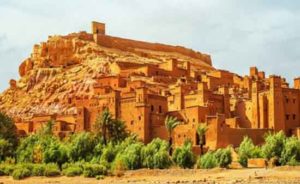 Discover The Valleys of morocco

With Prime morocco tours,You can discover the Valleys and the panoramic views of gorges

Fez is a city that should be on the list of every passionate traveler, who is interested in learning about history, discover new cultures and enjoy time a wide variety of natural landscapes.

Want more information about Fez or you want to visit Fez? Please contact us.

Please leave us a comment below, telling us about Fez and your experience with the place, if you have any.