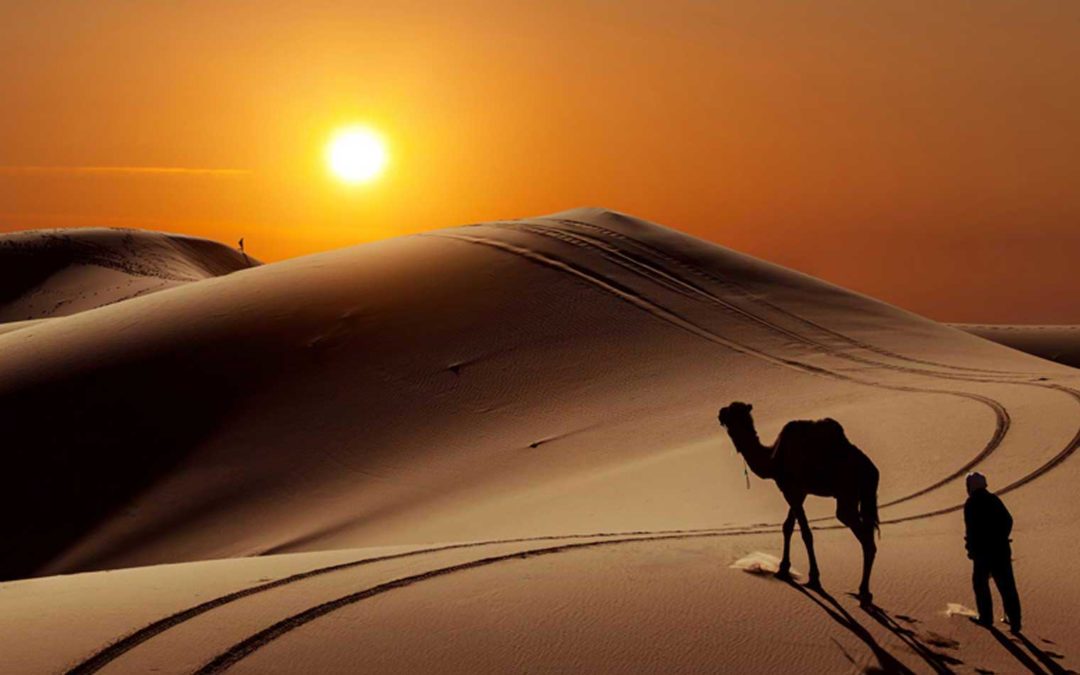 One of the most distinguished characteristics about paying a visit to Morocco is that you can access the desert. A big chunk of the Moroccan Kingdom is a desert. However, the good thing about the Moroccan Desert is that it’s a fun place that keeps every visitor entertained.

And the thing that facilitates the visit to the dessert is an organized Morocco private desert tour. These organized private tour, that usually start from an imperial city like Marrakech and then head towards the dessert, while stopping occasionally at some interesting places, are definitely designed for the sole purpose of helping every visitor to try the whole range of the Moroccan Desert experience. These Morocco private desert tours take often a period of 3 to 4 days, more or less, the in which you visit the dunes, which are the most important thing about the desert, and spend some time there, while also visiting and stopping by  other interesting places lake gorges, valleys, mountains and so on.

The fascinating thing about Morocco is that you can be in the desert today, tomorrow in the beach and next day you’re snowboarding in a high mountain. Therefore a visit to the desert is not reserved only for desert, if you’re with a Morocco private desert tour, you will also visit all sorts of interesting places.

Keep reading if you want to discover more about Morocco private desert tours.

Morocco private desert tours usually begin by gathering people in a big, imperial city like Casablanca, Marrakech or Fez. During the time you’re going to spend there, you might want to discover what these interesting cities have to offer.

For example all of these three examples that we mentioned are cities that are known for their old Medinas(old town). We’re talking like 12 centuries old buildings such as the case with Fez. These old Mdinas are records from ancient history, the thing that makes them a world cultural heritage. The imperial cities are also known for their modern lifestyle. For example even the design of Casablanca is meant to resemble the European cities of the early 20th century.

Our point is even if you’re sole purpose is only to visit the desert, spending some time discovering more about the big Moroccan cities is really a must do.

Few stops here and there.

As we already have mentioned, Morocco is very interesting due to the wide range of variety in its weather and geography. One moment you’re in the snow, few hours later you’re in the desert. Therefore, a trip to the desert, has to stop first at some interesting places. For example if the Morocco private desert tour starts from a coastal city, like Casablanca, it will most probably visit some interesting cities like Meknes. It will also stop for a while in the Atlas Mountains, and few other places. As you get closer and closer to the desert dunes that are near Merzouga, you will also stop by some gorges and valleys. Not to mention all the small villages and towns here and there, that all have their special and interesting details.

However, when we’re talking about the desert, our ultimate stop, and probably the most important for the theme of desert, is Merzouga. This small yet rich village is where you’re heading out when you’re considering a Morocco private desert tour.

One final important stop in a typical Morocco private desert tour is the Kasbah that the UNESCO considers a world cultural heritage, Kasbat Ait Benhaddo. This wonderful fortress that has a very beautiful architecture is a must-visit, it enforces the desert ambience.

Activities of the desert.

This paragraph is probably the most exciting part of our article. However, you might find that what you already know about the Moroccan Desert is sufficient knowledge, to help you to predict what sort of activities you can do in the desert. But just to establish an image in your imagination, the Moroccan Desert is truly an amazing place in all sense of the word. It has a rich environment, lifeforms, and a relatively wide range of geographies, that accompanied with a richness of culture and an authenticity of desert lifestyle. Our point is that it’s not only the desert, but also the people who inhabit the desert.

There you can see beautiful sunsets and sunrises while also trying to spot some forms of wildlife, both of these activities are pure products of nature. However, activities that are related to the desert culture are for example listening to drum music and eating desert cuisine.

These are but only few examples of how nature and culture are beautifully combined to give this place its magical ambience which has these exotic overtones, that always seem to capture the curiosity of people.

Words cannot express the fully what this place is, description sometimes fails to capture the core of such a place. However, with the help of a Morocco private desert tour, such an experience could be possible in the best of ways.

Our point essentially could be summed up as: reading about a camel is not as half fun as riding one.

We hope that our article has left a good impression in your head about what sort of things you can expect from a Morocco private desert tour. This experience is something really interesting. If you’ve interested in paying a visit to the Moroccan Desert, please contact our services for more information.

However, if you have already done so, please share with us your opinions and experience in the comments below.

With Prime morocco tours,You can discover the imperial cities and live some other experiences!