FEZ VOLUBILIS AND MEKNES Day Trip from Fes, Presented to you by Prime Morocco Tours. 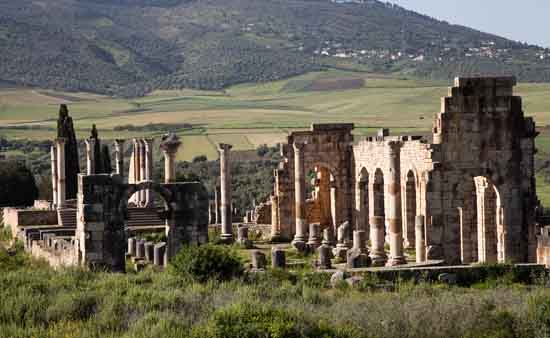 The one day tour with our agency will be a day travel to Meknes city. Before arriving there we will go through Volubilis an old Roman site which represents the very southern presence of the Roman Empire then we will meet Moulay Idriss Zarhoum Village where the Mausoleum of the founder of the first Arab dynasty in Morocco and father of the founder of Fez city. After that we will move to Meknes which is named this way since it was the place where the Miknassa Amazigh tribe settled in the 10th century. You will be served lunch near the palace of El Hadim on which the Bab manssour great door opens and visit the Heri Soani. Later in the Afternoon you go back to Fez to end your trip.

Check availability
Contact us Now!
Open chat
Powered by
Welcome to Prime Morocco tours :)
How can I help you?